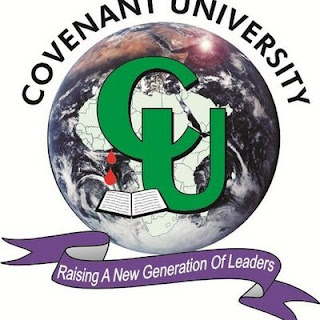 A final year student of Covenant University, Ota Ogun state has taken to social media to reveal how he was falsely accused and expelled by the University authorities for allegedly having sex with a female student in the school chapel.

The student identified as Adooh Emmanuel accused the school registrar of trying to frame him for something he did not do in other to protect himself and students he was familiar with in the school.

Mr. Adooh reported that trouble started for him when he was invited before the Student Disciplinary Committee on the 16th of April 2018 to answer to charges of sexual immorality during his exam period. Having never been called for any case of discipline since he started schooling in Covenant University and given the fact that he had not filled any incident forms which was a pre-requisite for such invitations, he decided to quickly honour it in order to clear the air on why he was being invited.


The student however reported that upon honouring the invitation, he was kept waiting from 1:45 pm to 8:45pm without anyone attending to him; he was then told to come back the following week without an explanation about his offence or why he was kept waiting for that long when he was supposed to be preparing for his exams.

He was invited with another letter on the 20th of April, this time he was attended to after several hours of waiting and the first question he was asked as he entered the ‘interrogation room was if he knew a certain course mate by the name ‘Marilyn Effanga which he affirmed because she was a class mate, they also asked him if he had sex with her which he answered in the negative. The authorities asked him to wait while the fellow student was fetched to the room with him.

When the fellow student Marilyn, came she was also asked point blank if she had sex with Mr. Adooh and she told them no. At this point the Covenant University officials brought out Marilyn’s tab and pointed at a group discussion which had Mr. Adooh’s name in it where he was said to have sex with someone in the school chapel. According to him, the group chat was dated 22nd of December 2017 whereas he had been off social media since November of 2017.

After some drag, the school authorities expelled Mr. Adooh after he had completed his final year project as well as his exams and had not had any issues with the school since started five years ago.

Mr. Adooh proceeded to appeal the expulsion by Covenant University authorities but they ignored it. His parents now had to invite human rights activists and SAN Mr. Femi Falana to the matter and he promptly took the University to court.