PHOTOS: Dead Man Dressed Like A King With A Crown And Sat On A Throne At His Wake Keeping 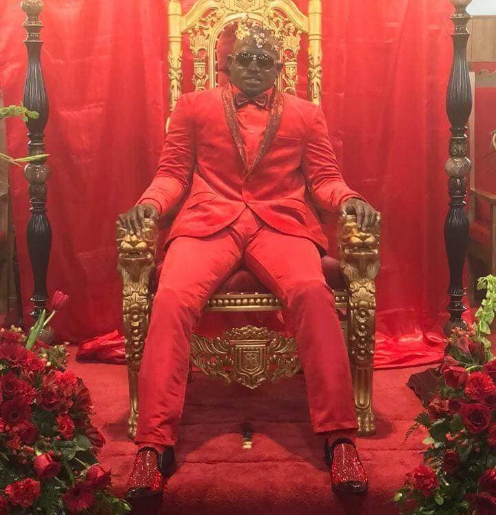 A dead man was dressed like a king, complete with a crown, and sat on a throne at his wake keeping and the creepy photos are going viral.

In the photos shared online, the dead man was dressed in all red and a golden crown was placed on his head. He sat on a gold throne in a red background, surrounded by red roses.

He was given pride of place at the front of the hall while family members and friends went up one after the other to sit beside him and say their tributes to him. 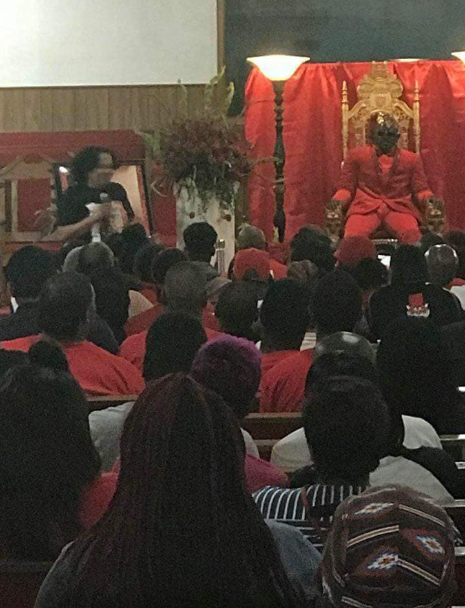 Dressing dead people and propping them up to look alive at their wake is fast becoming a trend. Only two months ago, a dead teenager was dressed and propped up to look like he was playing a video game at his lying in state 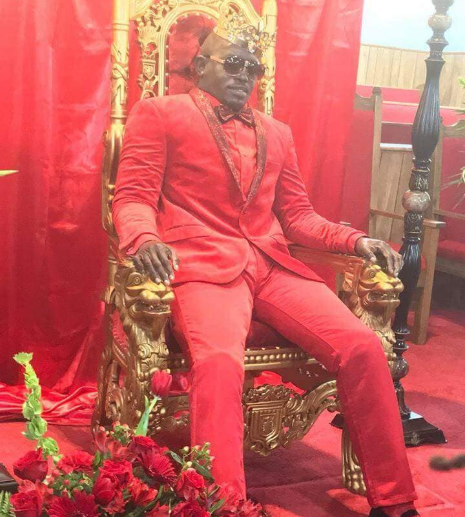 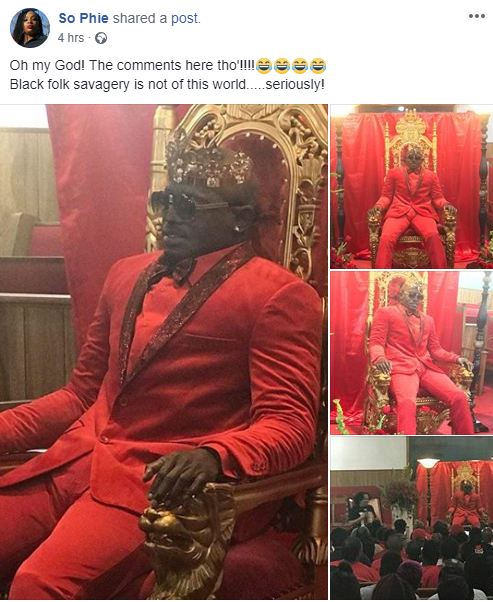