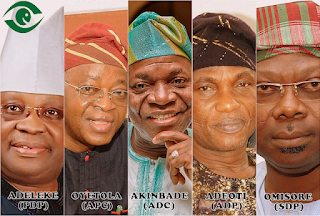 An APC party agent who preferred to be anonymous confided with our reporter that almost all the parties were involved in vote buying in Ede.
He told our correspondent that the ADP in a door-to-door 'evangelism' distributed between N1,000 and N2,000 last night while the PDP and the APC gave out their cash this morning.

Like the ADP, the PDP and the APC have been giving out money to voters in Asunmo ward, Unit 1, Talafia area, Ede. 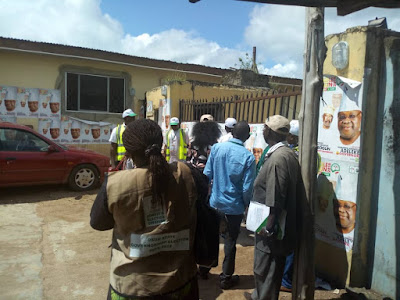 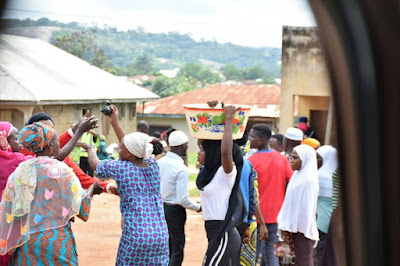 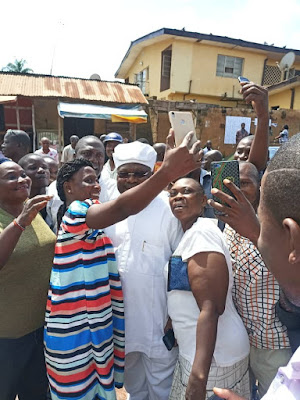 It was learnt that the misunderstanding was caused by a woman whose name appeared twice in the voters’ register.

However, security operatives in the centre settled the misunderstanding and promised to sort out the issue.

10:28 AM - APC's Gboyega Oyetola and wife have just voted 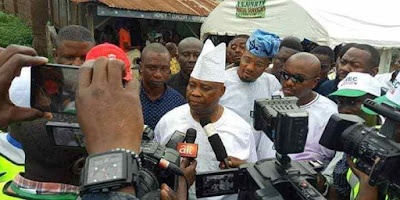 However, the PO complained that the card reader is slow.

9:25 AM - Large turnout of voters at Post Office, Gidigbo II, Ward 12.,Iwo Local Government.The polling unit of the ADP candidate, Moshood Adeoti. He is not here yet but voting is going on without hitch and there is no reported issue with the card readers. DSS officials and armed police officer are at the entrance of the polling unit.

The candidate of the People’s Democratic Party (PDP) in the ongoing Osun election, Ademola Adeleke, has expressed concern over the functionality of card readers in the process.

He raised this concern after casting his vote at Polling Unit 9, Ward 2, Ede North Local Government on Saturday.

Speaking with journalists after exercising his right, he asserted his optimism at victory while raising concern over the card readers.

“We’ll have a fair election. I’m very optimistic that I’m going to win this election.”

Responding to questions on accusations against him before election, Mr Adeleke said such moves by his opponent were borne out of fear.

“All allegations levelled against me is (are) false. It’s all lies.

They tried to make sure that I do not stand this election. I’m qualified, I have all it takes. They are afraid of me because they know that in a free and fair election, I’m going win. And by the special grace of God, that’s what’s going to happen. I’m going to win.”

9:11 AM - At PU 12, Isedo 1, the polling station of the APC leader, Bisi Akande, the voting exercise is going on peacefully.- 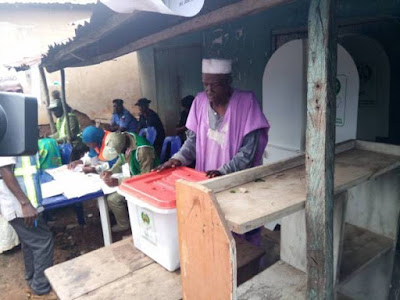 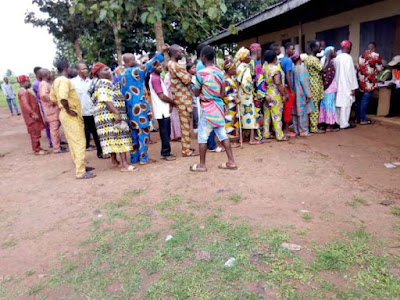 One even warned the APO (Assistant presiding officer) who is about to commence the process to stop and let everyone be informed of the number of materials deployed.

The authentication process commenced at 8:12am