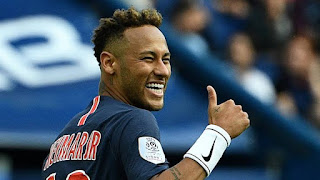 The Red Devils were heavily linked with the Real Madrid forward during the last window, but instead, he chose to remain with the European champions.

However, United will face a fight for the Brazilian superstar, as Real might come calling for him too.


The Spanish giants are yet to replace Cristiano Ronaldo, who joined Juventus this summer and are eyeing either Neymar or his PSG team-mate, Kylian Mbappe.