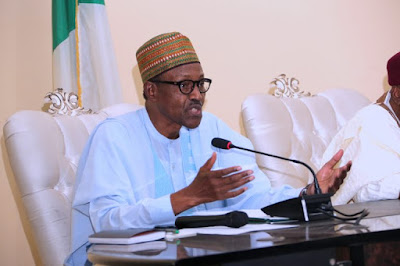 The Peoples Democratic Party (PDP) on Tuesday alleged that the declaration by the supervising Minister of Finance, Zainab Ahmed, that Nigeria was facing revenue challenges further vindicates its stand that President Muhammadu Buhari lacks the creative capacity and competence to run a productive economy.

PDP made the claim while blaming the revenue challenge on what it termed “humongous corruption” in the Presidency, which “provides official cover for leaders of the All Progressives Congress (APC) and cronies of Mr. President to divert and pocket over N10 trillion of our national revenue, in the last three years.”


A statement by PDP’s spokesperson, Kola Ologbondiyan said, “Had President Buhari take heed to wise counsel from Nigerians to accept his incompetence, hands off economic issues, end the corruption in his Presidency and get a strong economic team to manage our economy, our foreign direct investments and domestic productivity would not have crumpled.


“Nigerians can recall how the PDP nurtured and bequeathed a very robust economy, with thriving domestic and international revenue openings in key sectors of the economy, and how President Buhari, in a space of three years, demarketed our economy through his utterances, harsh economic policies, condoning of corruption by his officials and failure to develop and drive a clear-cut economic blueprint for the nation.


“Nigerians expect Mrs. Ahmed to show patriotism and courage by exposing the corruption in the financial sector under Buhari, set in motion machinery to recover the over N10 trillion looted by the Presidency cabal and channel the fund back into the economy.


“Our worry, however, is that nothing much will come out from the supervising minister as those who saw to her appointment are members of the same Presidency cabal that used the disgraced erstwhile finance minister, Kemi Adeosun, as clearing house to fritter away our national resources.”


“Nigerians are already apprehensive that the supervising minister might become ethically challenged like Adeosun, following allegations of forgery against her on the social media where the public is already raising queries of alleged incongruities between her claimed date of birth and dates of educational qualifications.


“The PDP wonders why Buhari’s key appointees are mostly persons of questionable claims; a development that casts a long shadow on the integrity of the Buhari administration.

“Finally, since the supervising minister has admitted that the nation is faced with revenue challenges under the Buhari regime, the PDP counsels Mr. President to humbly accept his failure, get ready to accept defeat in 2019 presidential election and quit the stage for a competent President, that would be elected on the platform of the PDP, to return our nation to the path of economic prosperity and national cohesion.