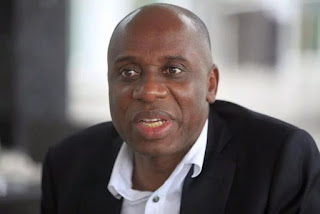 Amaechi, who is the Minister of Transport, made this known in a chat with journalists on Tuesday.

He said Buhari’s administration had recorded giant strides in road, security and the fight against corruption and should be rewarded with a second term to complete what it started.

Speaking on why Buhari should be returned to power in 2019, Amaechi said, “Nigerians have taught me a lesson I learnt in politics and that is why nothing bothers me again. The people praising you today, if you see them when you are out of power, you will be shocked. Those singing hallelujah and hosanna will still be the same people to shout crucify him tomorrow.

“We have done much more than transport. In terms of Corruption; this economy was a rent economy. Public money was spent anyhow and it was an economy that was not worked hard for. That is why you see politicians today very rich and one year after government, they are poor. They are like that because they don’t know how to manage the money.

“When Buhari came, he said no and that we cannot continue to spend anyhow. Buhari has not said people should not steal, he has rather kept quiet to see who can steal because there is a consequence for stealing.
“I don’t want to say it has stopped completely but it has reduced. Before, there were so many empty houses in Abuja. People were building and speculating that new politicians will come in and buy but we came in and could not buy because of the economy. So if you say Buhari has not done anything on corruption, you are being most unfair.

The former Rivers State Governor added,
“It is also unfair if Nigerians think the ministry of works is not working. The road to Bonny was abandoned after Obasanjo left government.

“The road was below N39bn but it is now N120bn. When I was Governor, I wrote to federal government under Jonathan that I wanted to do the road for N39bn but they didn’t reply me.

“My final year as governor, energy wrote that they will take care of 50 percent of the bill and I wrote again to the Federal Government but they didn’t reply because I was in APC. Now that the Federal government wants to do it, the cost is now N120bn.

“So, Buhari government is dealing with corruption, building roads. The worst roads in Nigeria used to be between Uyo and Calabar but it has been awarded.

“The road to Enugu too that people are complaining about, contractors are working on the roads already. The work may be slow but they are working. When we came oil was $28 per barrel and our budget was $35 and suddenly it dropped but the Minister of Budget managed it for us to survive. Now oil is $74 but we still have not reached $110. If we get to that, things will change rapidly. Also the Ilorin-Jebba road. So many roads have been awarded.

“There is also an improvement in power. We have from 3000megawatt to 7000 but we are distributing 5000 because some of the Infrastructures are not in good state but we are slowly fixing them.

“The expectation is that it should be 24 hours power supply but there will still be a gap but if you give us a second term, that gap will be closed.”