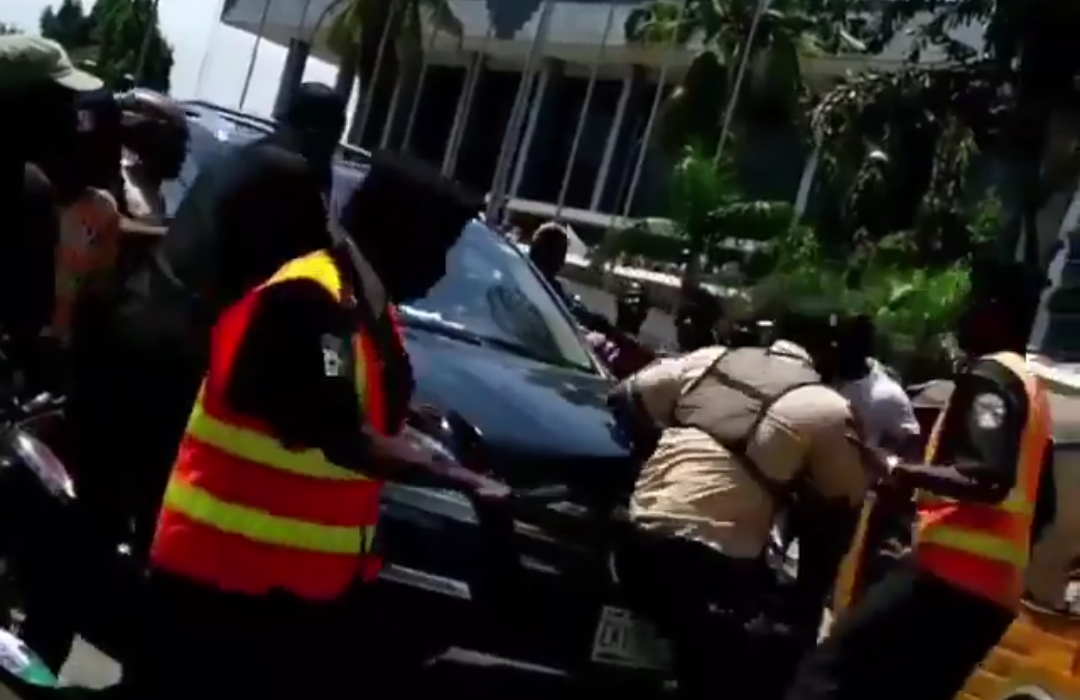 A shocking video making the rounds on social media shows a bouncer struggling to stop a man from driving away in a Benz after his manhood allegedly disappeared.

He can be heard saying his manhood disappeared after the man gave him some money.

The crowd stuggled to block the man from fleeing but he suceeded to escape.