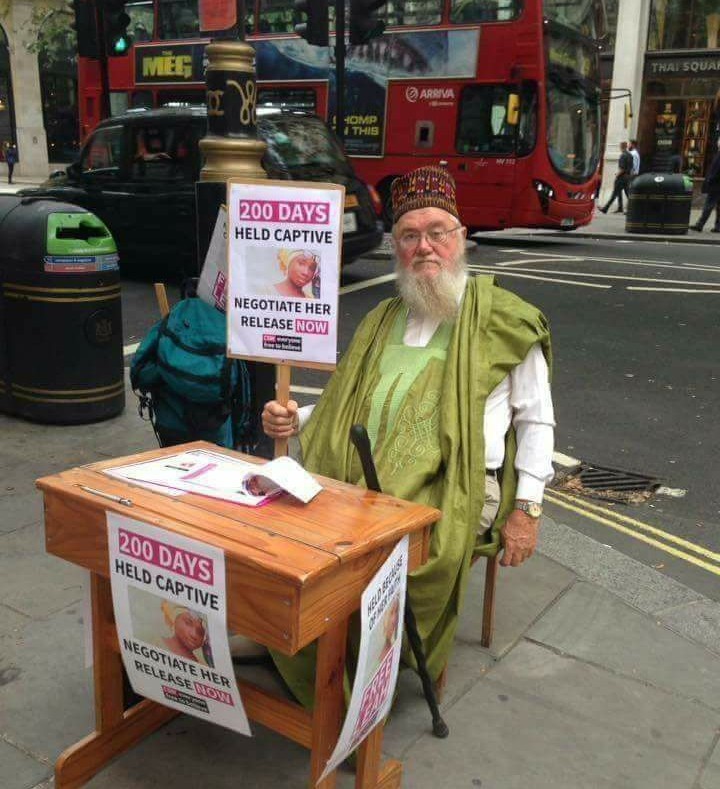 Two days after UK member of parliament, Tom Brake, held a protest in front of the Nigerian High Commission in the UK to bring attention to the #FreeLeah campaign, another British man took to the streets of London to stage a solo protest for the release of Leah Sharibu, the Dapchi schoolgirl who was kidnapped in February.

Leah Sharibu was kidnapped from school alongside 118 other female students. Five of them died in captivity and the others were set free, but only Leah is still being held by the terrorists because she refused to renounce her Christian faith.

The foreigner who was pictured staging a solo protest for the release of Leah, wore a native Nigerian attire as he sat with posters surrounding him. The posters have the face of Leah on them, with the words, "200 days held captive. Negotiate her release now."