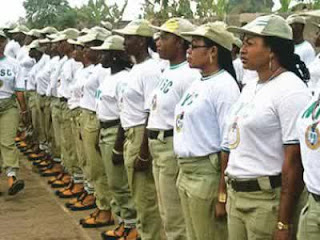 As the 2019 general elections approach, the National Youth Service Corps (NYSC) has assured corps members, who are usually engaged as ad hoc staff for election duties, of their safety.

Mr Muhammed Momoh, the Lagos State NYSC Coordinator, gave the assurance in an interview with the News Agency of Nigeria (NAN) on Monday in Lagos.

Momoh said that the NYSC was in collaboration with the Independent National Electoral Commission (INEC) and security agencies to ensure that corps members on such civic duties are not exposed to harm.


“It is only when corps members feel safe that they can discharge their responsibilities as non partisan ad hoc staff of INEC efficiently.

“All the security agencies have been directed to ensure that corps members are safe during elections.

“Over the years, since 2011 when we started working with INEC, we have seen remarkable improvement in the response of security agencies to corps members on election duties,’’ he said.

The state coordinator said that the security agencies also exchanged emergency security phone numbers with INEC and the NYSC to help improve security response when the need arose.

He said that the NYSC in Lagos was also creating avenues to sensitise the corps members on safety and security at all times, even after their service year.

“In Lagos, we want to create an avenue where emergency responders will come to the camp to sensitise them about safety and security, beginning from the next batch.

“Whatever they want to do in groups, they should let us know so that we can advise them appropriately.

“They need to be safe for them to serve the nation well, and for them to be useful to themselves and their families,’’ he said. (NAN)