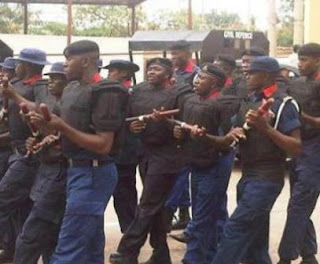 The state commands of the Nigeria Police and the Nigeria Security and Civil Defence Corps (NSCDC) in Osun have assured residents of a crime-free Eid-el-Kabir celebration.

The Police, in a statement by its spokesperson, Mrs Folashade Odoro, on Monday, said it had deployed officers and men to strategic places to secure lives and property before, during and after the Eid-el-Kabir celebration.

Odoro, however, urged residents to be security conscious, and to report suspicious persons and movements to the nearest police stations.


Similarly, the state command of NSCDC in a statement issued by its Public Relations Officer, Mr Babawale Afolabi , stated that no fewer than 1,000 personnel had been deployed across the state to protect lives and property.

Afolabi said officers and men had been deployed to mount surveillance on critical national assets and prevent infrastructure from being vandalised by unscrupulous elements who might want to take advantage of this period.

He warned troublemakers and saboteurs to steer clear of the state, and urged members of the public to remain vigilant during the period .

The spokesperson called on the public to report any suspicious movement or activity to the nearest office of the Corps across the State.

Afolabi urged residents to celebrate the Sallah in moderation. (NAN)