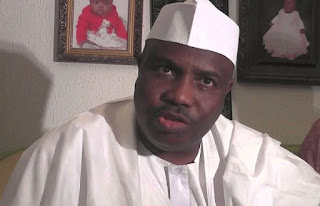 The Executive Governor of Sokoto State and former Speaker of the House of Representatives, Alhaji Aminu Waziri Tambuwal has also dumped the All Progressive Congress and has returned to the Peoples Democratic Party (PDP).


The governor made the announcement of his defection on Wednesday when thousands of supporters stormed the Government House in Sokoto to declare their support for him.