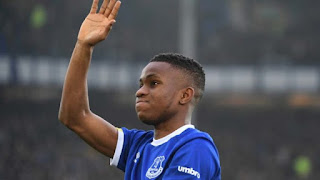 Barcelona’s ability to land their desired player before the end of the transfer window on Friday depends on Everton’s Ademola Lukman, who is on loan to RB Leipzig, reports express.co.uk.


Barcelona have been busy in the transfer market this summer, singing four players.

They are still looking to make one more signing in the transfer market, with Friday’s deadline day looming.

But the manager’s hopes could rest on Everton being willing to play ball.

According to reports earlier this week, Barcelona have shelved plans to sign Ajax midfielder Frenkie De Jong in order to chase RB Leipzig’s Kevin Kampl instead.

The Nou Camp giants will try to sign De Jong next summer after Ajax held out strong resistance to a deal being done this week.

A move for Kampl is supposedly on the cards but Leipzig don’t want to lose their midfielder. That is, unless they sign a replacement – and that is where Everton come in