Your govt is most corrupt since 1999 – Atiku tells Buhari 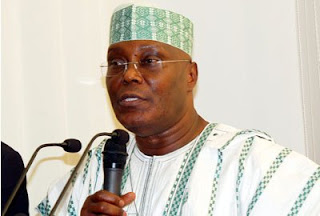 Former Vice President Atiku Abubakar has described the government of President Muhammadu Buhari as the most incompetent and corrupt in Nigeria since 1999.

The Waziri Adamawa made this known while campaigning for the presidential ticket of the Peoples Democratic Party (PDP) in Ebonyi state on Tuesday.

He accused the government of expending all its energy on its focus on fighting corruption while neglecting other aspects of its responsibility as a government, including combating insecurity.

Addressing the supporters of the PDP in the state party secretariat in Abakaliki, Atiku said, “What is happening today in our country is in contravention with all our provisions of our constitution. In our federation, we are supposed to have an inclusive government but you know that this federal government is not inclusive.

“So, let nobody come and deceive you on corruption. They are more corrupt than any government that I know since 1999 and we shall be revealing their level of corruption. Fighting corruption alone is not the only responsibility of government.