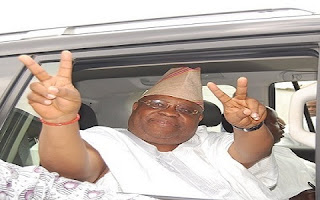 Senator Ademola Adeleke has emerged as the candidate of the Peoples Democratic Party (PDP) in the September 22 governorship election in Osun State.

He garnered 1,569 votes in the primary of the party held in Osun State on Saturday. Adeleke defeated his closest rival, Dr. Akin Ogunbiyi who scored 1,562 votes.

More than 3,000 delegates of the party voted during the election.

Chairman of the election committee and Bayelsa State governor, Seriake Dickson, announced Adeleke as winner of the primary, adding that Adeleke would be the party’s flag bearer in the state’s governorship election coming up next month.

The aspirants said that they stepped down from the race due to appeal from the party’s leadership and also to ensure cohesion within the party.