SARS will not be scrapped – Femi Falana 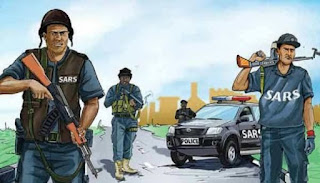 Popular human rights lawyer, Femi Falana has said that Nigeria could not afford to scrap the Special Anti-Robbery Squad (SARS) unit of the Nigeria Police Force.

Falana made this known on Wednesday while speaking on the theme ‘Between combating crime and protection of human rights’ at an interactive seminar of the Ogun State Police Community Relations Committee (PCRC) in Abeokuta.

However, he called for reform of the unit and the entire police force to better meet the aspirations of Nigerians.


Also, Falana lamented that 200,000 out of the 350,000 policemen were active to protect 180 million Nigerians, adding that the nation needed one million policemen for adequate security.


The respected lawyer said, “SARS is not going to be abolished. What is going to happen is that we are going to reform SARS-like the Nigerian Police Force.


“In the spirit of federalism or restructuring, state police is desirable but care has to be taken so that what we call oppression from the federal government, will not be transferred to the states and local governments.

“Since 1999, the Police Service Council, PSC, hardly meets. I have been forced to write a letter to call a meeting of the PSC to discuss the reckless killings in the country if the meeting is not called.

“If you want to blame impunity in Nigeria, blame the Nigerian lawyers. These crimes are state offences. How come the perpetrators are not prosecuted by our Attorney Generals? I call on them to prosecute them without further delay.

”Religious and traditional leaders must stop identifying with ethnicity and religion in all these crimes. The killing of one Nigerian is a threat to our survival. We must rise up against all killings.

“I urge the president to engage in massive recruitment of policemen all over the country. Lagos, for instance, requires not less than 200,000 policemen. We need to vote money to train and equip them.”