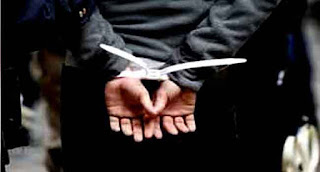 The Ogun State Police Command has arrested a woman, Bunmi Adebayo, for allegedly stealing a month-old-baby boy in Modakeke area of Osun State.

The 26-year-old was paraded by the Commissioner of Police in Ogun, Ahmed Iliyasu, on Wednesday at the Police Headquarters in Abeokuta, the state capital.

Mr Iliyasu said the suspect is a resident of Magboro area in Obafemi Owode Local Government Area of the state.

He revealed that she was arrested following information from her husband who demanded the placental and breastfeeding of the child which she could not provide a satisfactory answer to.

The police commissioner added that the suspect had pretended to be pregnant, saying the incident was an act of desperation taken too far.

He handed over the child to his biological mother and assured the public that the suspect would be arraigned in court after investigation.

“This is yet another bizarre case of child-stealing. The case is under investigation and the suspect will be prosecuted as soon as investigation is concluded,” Iliyasu vowed.

He assured the residents of Ogun to “sleep with their two eyes closed,” saying the command would not relent in its effort to rid the state of crime and criminality.

Upon interrogation, the suspect confessed that she was tempted to steal the baby as a result of her inability to give birth to a child in the last 10 years in her marriage.