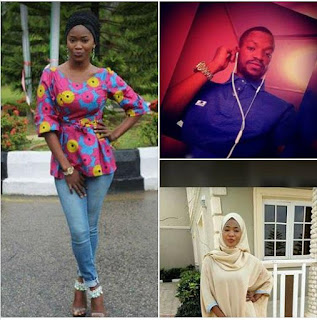 This is the moment the suspected Yahoo boy, Adeyemi Alao, who allegedly killed his girlfriend for money ritual - broke down in court before he was remanded in prison. The suspect was arraigned before Akure Magistrates’ Court in Ondo, state capital on Monday.


Khadijat, a 400-level student of the Department of Educational Management, Adekunle Ajasin University, Akungba Akoko, Ondo State, was said to be Adeyemi’s girlfriend.

Adeyemi and two other accomplices, who were said to be at large, allegedly killed Khadijat in Adeyemi’s room.

After killing the ex-deputy governor’s daughter, Adeyemi allegedly buried the corpse in a shallow grave inside his room in the Aratusin area of Akure before he was arrested seven days later.

The accused was arraigned on Monday on two counts of conspiracy and murder.

During the court proceedings, the police prosecutor, Sergeant Mary Adebayo, made an application for the remand of the accused in custody pending legal advice from the Department of Public Prosecutions.

The defence counsel, Taiwo Gbadebo, did not object to the application of the prosecutor.

The magistrate, Mrs Victoria Bob-Manuel, ordered that Adeyemi be remanded in custody pending when the legal advice would come from the DPP. 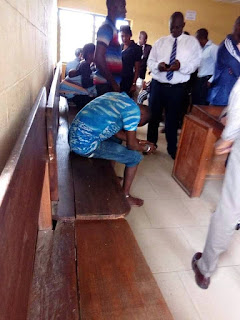