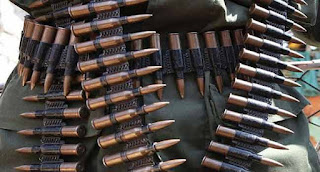 Gunmen suspected to be hired assassins have killed Chairman of the All Progressives Congress (APC) in Ideato North Local Government Area of Imo State.

Mr Sunny Ejiagwu was murdered on Friday morning, four days after he was elected as the APC Chairman in the LGA.

According to sources, Ejiagwu was killed along the Orlu-Akokwa Road on his way home, shortly after attending a meeting at the APC Secretariat in Owerri, the state capital.

The Imo State Police Command has confirmed the incident to Channels Television.

The command’s spokesman, Mr Andrew Enwerem, said details of the attack were still sketchy and that the police have started an investigation into it.

The Imo State APC Chairman, Daniel Nwafor, condemned the killing, describing it as unfortunate and unwarranted.

Mr Nwafor told reporters at the party’s state secretariate that the murder was capable of causing political chaos in the state.

He called on the security agencies to urgently launch a manhunt for the perpetrators of the act.

He recalled that the deceased had raised fears over his safety on Thursday during one of their meetings, decrying the volatile nature of his local government.

Mr Nwafor, however, called on party supporters in the state to remain calm as the security agencies work to ensure the perpetrators were brought to justice.