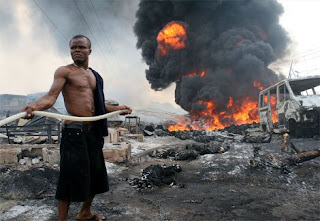 No fewer than three children have died in Sara Village in Gwaram LGA of Jigawa, following a cooking gas cylinder explosion.

The Spokesman for the Jigawa Police Command, ASP Abdu Jinjiri, who confirmed the incident, added that two others were injured by the explosion.

Jinijiri spoke with the News Agency of Nigeria (NAN) on Tuesday in Dutse.


“Last week, there was a fire incident in the house of one Alhaji Wada Sara, and the following people, Zainab Wada, Abdul Wada, Aliyu Wada, Fati Wada and Abdulrahman Wada, got various degrees of injuries.

“They were rushed to the Federal Medical Centre Birninkudu in Birninkudu LGA for medical attention.

“The incident was as a result of explosion from a cooking gas cylinder,” Jinjiri said.

He told NAN that Fati, Zainab and Abdulrahman, aged three, two and four years, respectively, later died at the Aminu Kano Teaching Hospital, Kano, where they were further taken.

The spokesman advised members of the public to be careful with gas cylinders. (NAN)