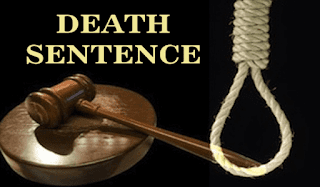 A Chinese court on Tuesday sentenced to death a man convicted of stabbing to death nine students in an attack on his old school triggered in part by anger he felt over bullying he suffered there as a child, the court said.

The suspect, identified as Zhao Zewei, bought five knives online for his attack on the school in Shaanxi province, to vent his anger and frustration about the circumstances of his life and the bullying he had been subjected to, the Yulin City Intermediate People’s Court said in a statement.

“The defendant Zhao Zewei’s criminal motives were despicable,” the court said, adding it had convicted him of intentional homicide.

Zhao, who was charged in May, has appealed the decision, the court said.

The court did not give Zhao’s age but state media previously reported he was 28.

China has strict gun controls and violent crime is rare compared with many other countries.

But there has been a series of knife and axe attacks in recent years including one in the capital, Beijing, this year in which a woman was killed and 12 people were wounded by a knife-wielding man in a shopping mall. (Reuters/NAN)