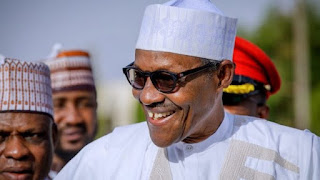 Prof. Farooq Adamu Kperogi, an associate professor with the Kennesaw State University in the United States, has declared that the statement signed by President Muhammadu Buhari on June 6th announcing the change in Democracy Day and conferring honour on the late Chief MKO Abiola will score “F”, failure if graded by a WAEC examiner.

Farooq, in an article for Daily Trust titled ‘Nigerian Words and Expressions that are Untranslatable into English’ stated that the presidential statement’s “mortifying grammatical howlers” almost derailed him from writing on the chosen topic for his weekly “Politics of Grammar” column.


The professor of Journalism & Emerging Media wrote, “I’d planned to write this article last week, but the egregiousness of the grammatical transgressions in President Muhammadu Buhari’s Democracy Day speech was too much to ignore. I was almost derailed again by the mortifying grammatical howlers in the president’s June 6 press statement that, among other things, announced June 12 as Nigeria’s new Democracy Day.
“From indiscriminate capitalization, to incompetent use of articles, to inelegant, error-ridden phraseology, to misuse of words such as “distract” for “detract,” and basic proofreading errors, the letter was disappointingly subpar. It would get an “F” if a WAEC examiner in English were to grade it. We wail with distress and in national self-pity every year over mass failure in English in school certificate exams, but our president’s official speeches and letters can’t pass muster with WAEC examiners in English. What message does that send to our secondary school students? Well, that’s not my preoccupation for now.”