We will be 100 per cent fit, alert for Argentina, says Omeruo 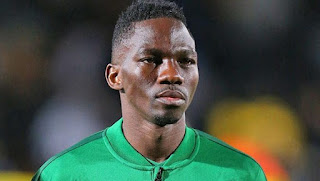 Super Eagles’ defender, Kenneth Omeruo, is of no illusion that Nigeria’s clash with Argentina tomorrow would be a walk in the pack.The former U-20 national team stalwart has been involved in several clashes with the Albiceleste, including the 2-3 loss to the Lionel Messi-inspired team in Brazil four years ago. That was the third time Argentina would beat Nigeria at the World Cup.


Although he has been involved in two victories over the South Americans in international friendlies, the Chelsea defender knows that when the chips are down the Argies have a way of rising to the occasion.

Omeruo distinguished himself so creditably in the make or mar clash with Iceland on Friday that he has been tipped to retain his place in the 3-5-2 formation expected to be adopted by Gernot Rohr on Tuesday. But he acknowledges that anything short of a draw will make Today’s success worthless in this competition.

“Argentina will pose a different type of test from what we got in the game against Iceland. They are desperate to remain in the competition, but we will work hard to ensure it is not at our expense. If we lose on Tuesday the victory over Iceland would become meaningless,” he said.Omeruo thanked Nigerians for sticking with the Eagles even after the loss to Croatia, adding that beating Iceland has given them a new spirit ahead of Tuesday’s clash.

“We knew the type of opposition we would get from Iceland because we studied them.The coach always warned us about their long balls, so we prepared for it. We also worked on defending set-pieces because it had been a problem to us,” he added.