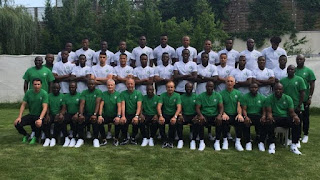 
Nigeria Football Federation (NFF) spokesman confirmed that the federation had approved bonus amounts of $10K to be paid to each of the players if they had won the game. Ademola Olajire said: “Yes, the Super Eagles were to earn $10,000 each. It was meant to be their winning bonus for the game.”

The team’s loss against Croatia meant they also lost out on another $50,000 promised to them by the federation sponsor Aiteo, while Nigeria’s Senate President Bukola Saraki also promised the team another $50,000 for all games won, according to NFF president Amaju Pinnick.

The team now hopes to redeem its image during the next game against Iceland at the Volgograd Arena on Friday at 4pm Nigerian time.