Police officers allegedly brutalize driver in Rivers State, strip him for refusing to give them bribe 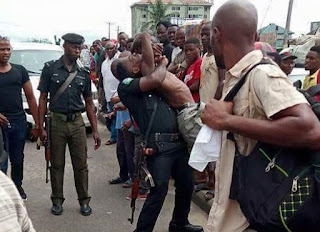 Photos shared by a Facebook user yesterday, shows some police officers seemingly assaulting a commercial driver in Port Harcourt for allegedly refusing to give them bribe.


“POLICE RASCALITY
About in Roumoukoro Port
Harcourt. A bus driver who refused giving N50 bribe has been molested by the Nigerian police and on his refusal they stripped him,forcing him into their vehicle but he went under the police vehicle asking them to crush him to death instead of forcing him to the station for a crime he did not commit Its a pity that the Nigerian police who are to protect lives and property are now taking laws into their hands” 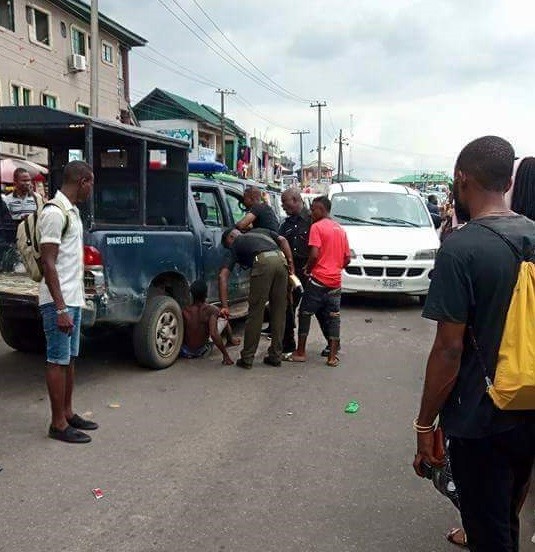 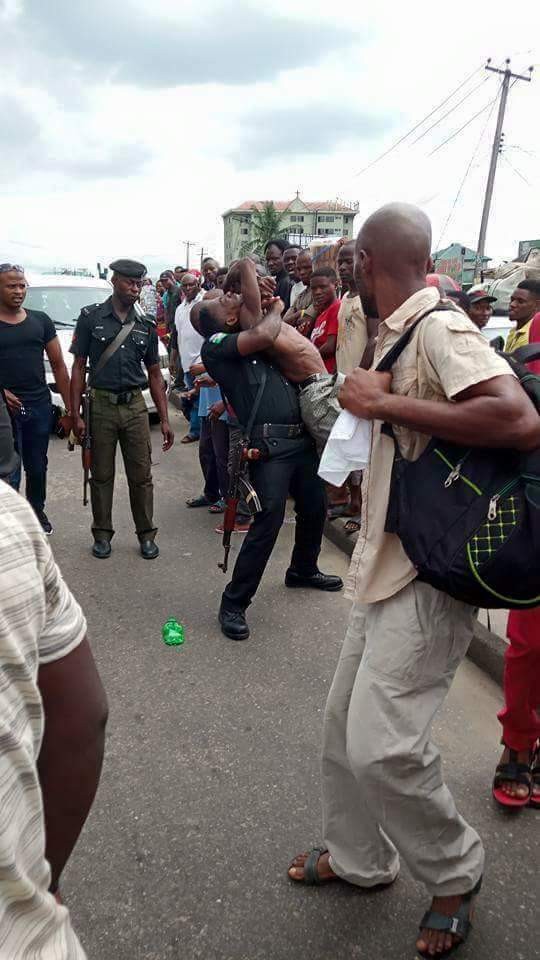 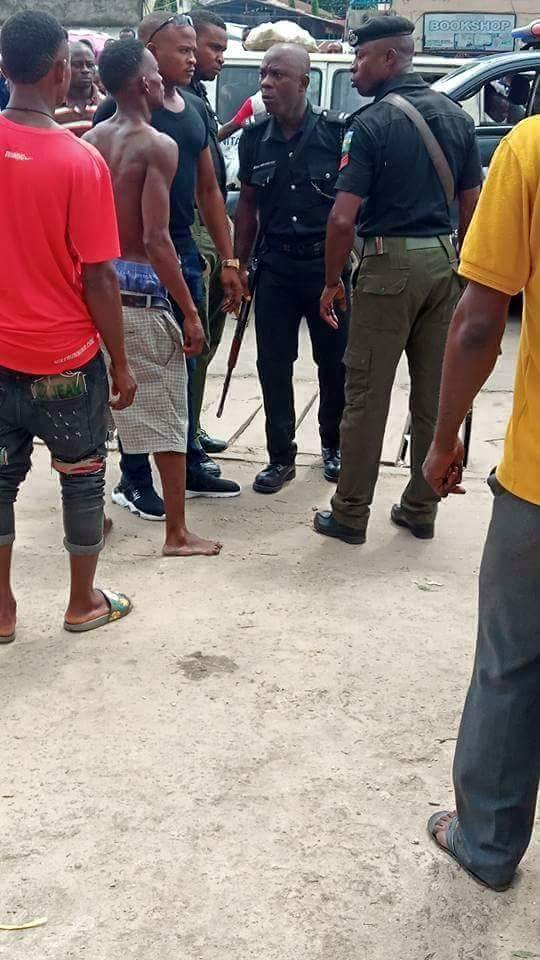 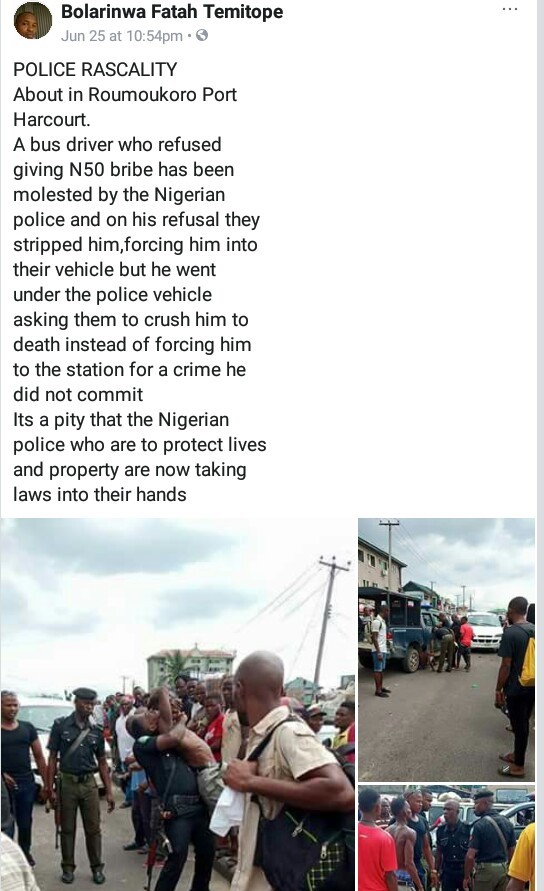