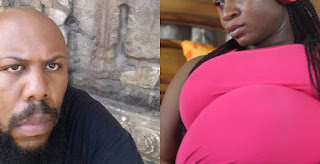 A Zimbabwean cop allegedly engaged in a secret romance with his wife’s younger sister and impregnated her apparently in a bid to spite his “abusive and disrespectful” wife.


Tabani Nyurura had not only betrayed the love and trust his wife Mavis Munedzimwe, a student at Great Zimbabwe University invested in him by having an affair with her younger sister but was also reportedly in the habit of taking girlfriends to their matrimonial home during her absence.

To make matters worse, Nyurura did not only impregnate his wive’s sister, he is also resolute on marrying Munedzimwe’s younger sister and contemplating showing her (Munedzimwe) a red card.

Nyurura’s illicit sexual affair with his sister-in-law was exposed by his wife at the Bulawayo Civil Court where he was seeking a protection order against her.

“I had been staying with Mavis Munedzimwe as husband and wife but she is now violent towards me. Sometime in December 2016 she hit me with a stone on the head.

“On 24 April this year she came to my workplace and beat me up in front of my bosses and subordinates and tore my uniform in the process. When I went to my village she took my identification particulars, certificates and clothes and went away before she came back on 26 May and beat me up with a cooking stick and stone on the head,” said Nyurura.

He said his wife also threatened to stab him with a kitchen knife.

Munedzimwe, however, disputed the accusations noting that Nyurura was a “serial bed-hopper” who was only after using women.

“He is in the habit of exchanging women and I am his third wife. After using them (other women) he then sought protection orders against them. What he is doing to me now, he did it to his two ex-wives. His bosses are even fed up with his extra-marital issues.

“He is now staying with my younger sister whom he impregnated. I reported the matter to his bosses and he was chased out of the camp.

She added: “He once chained and assaulted me and as a result I suffered a miscarriage. The other time he deserted me and when I followed him where he was staying I found him with another woman. When I tried to beat up that woman he restrained me.

“The other day when I came back from school I found him again with another woman in our matrimonial bedroom and he locked me outside,” she said.

“She is lying that I impregnated her younger sister and I no longer love her,” Nyurura tersely responded subsequently courting his wife’s anger.

“He can’t say that he no longer loves me. If he is no longer interested in me he should take me back to my parents and pay a beast since we have a child together”.

In his ruling the presiding magistrate Tinashe Tashaya ordered both parties not to verbally, physically and emotionally abuse each other.

He also ordered Munedzimwe not to visit her husband’s workplace and on the other hand Nyurura not to evict his wife from the house the parties were staying.