Group To Sue Police on Behalf Of Offa Robbers’ Leader 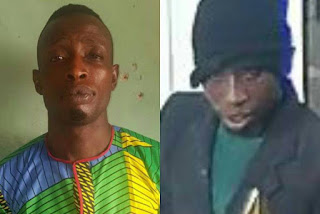 In a rather surprising move, a coalition of Civil Society Organisations (CSOs) has spoken of its plans to sue the Police force over Michael Adikwu, who was one of the leaders of the notorious gang of robbers who carried out the Offa robbery.

Adikwu was a former policeman who was dismissed after he was found to be in cahoots with some armed robbers. The vengeful Adikwu decided to go on a killing spree during the robbery especially against policemen whom he still harboured a grudge against.

Suspicion arose when the gang leader was not paraded alongside the other arrested suspects, and his name was also removed from the list of suspects in a statement from the police.


According to speculation, it is believed that Adikwu was shot dead while in custody as a way to coerce the other inmates and suspects

This led to the signing of a petition by Collins Abu on behalf of the coalition which promised to have the Police forced sued and tried before the International Court of Justice if Adikwu is not presented.

“If he (Adikwu) has been killed, the police should come clean and name his executors, this is in keeping with the Freedom of Information Act (FOI),” the petition said.

“We demand an immediate investigation into the disappearance of this suspect, and we ask respected international human rights organisations to call on the Nigerian government and the police to produce him.”

According to the petition, the coalition believes that the Police have been compromised hence their reluctance to parade Adkiwu and they called for an independent probe of the Offa robbery.

“Failure to produce him, we will petition the International Criminal Court and also petition all embassies with evidence so as to revoke visas of the IGP and other human rights violators,” the group said.