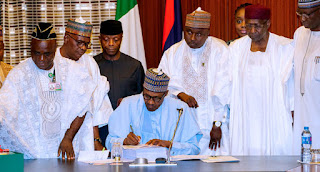 President Muhammadu Buhari has signed the 2018 Appropriation Bill into law.

The President assented to the bill on Wednesday at the Presidential Villa in Abuja, the Federal Capital Territory.

He signed the budget in company with the Vice President, Professor Yemi Osinbajo, as well as the Secretary to the Government of the Federation, Mr Boss Mustapha, and the Chief of Staff to the President, Mr Abba Kyari.

Some of the ministers who witnessed the signing are Senator Udo Udoma (Budget and National Planning), Mr Lai Mohammed (Information and Culture), and Mrs Kemi Adeosun (Finance). 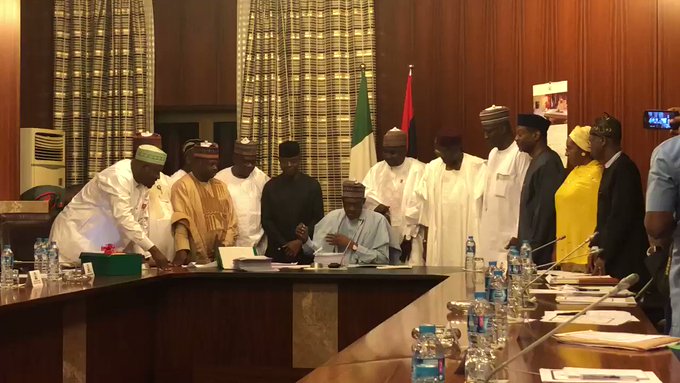 President Buhari had submitted a budget proposal of N8.612 trillion to the National Assembly on November 7, 2017.

The lawmakers, however, increased the proposal by N508 billion to N9.12 trillion, when they passed the Appropriation Bill on May 16, 2018 – six months after it was presented.