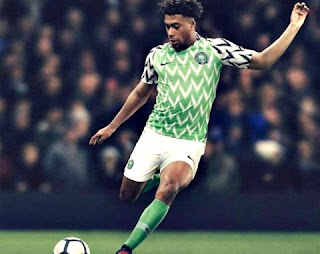 Arsenal star, Alex Iwobi has commented on Super Eagles readiness ahead of their 2018 World Cup opener against Croatia on Saturday in Russia.

With less than five days to the team’s first Group D game against Zlatko DaliÄ‡’s men, Iwobi said Gernot Rohr’s side are ready as the tournament gets closer.

The 22-year-old, however, believes the three times African champions have a strong chance to qualify from their group.

“We’re ready! As it gets closer, the excitement is growing,” Iwobi told Allnigeriasoccer.

“However,at the same time,we’re still very focused and working extremely hard to make sure we’re well prepared and stand a strong chance of progressing well through the tournament.”

Nigeria will face Croatia on June 16, before playing Iceland and Argentina respectively.