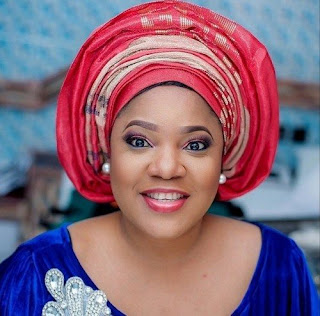 Abraham like most of her colleagues had posted a photo of the newly married actor Gabriel on her page, wishing him marital bliss and also welcoming him to the club.

Some concerned followers had asked her what club she meant since she obviously was no longer married.

A particular follower had reminded her that she was a divorcee, a statement that jolted Toyin Abraham back to reality as she smartly answers that she was welcoming them to the “Arsenal club” she added that she had forgotten that she was separated.