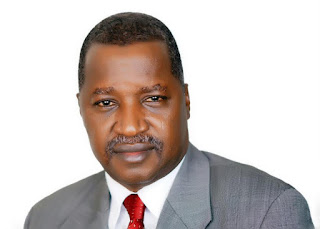 A former Nigerian envoy to Canada, Dare Bejide, has noted that the resignation of former Vice President, Atiku Abubakar from the ruling All Progressives Congress, APC, shows president Muhammadu Buhari’s poor performance in office.
According to him, it was a signal that President Buhari has disappointed Nigerians.
Bejide, who is also a Peoples Democratic Party, PDP’s governorship aspirant in Ekiti State, said, losing a politician of Atiku’s clout was dangerous for the APC as it would help the PDP to regain power at the centre in 2019.
The former envoy however, predicted doom for the PDP if the Southwest is prevented from becoming its National Chairman.
He said these on Wednesday during a meeting with some party members in Ikere Ekiti local government ahead of the 2018 governorship election.
He said, “For a politician of Atiku’s standing to have defected shows President Buhari’s poor performances in government. It confirms the APC is not the best for Nigeria and his coming is a good development for our party.
“It is only logical to make someone from the Southwest the National Chairman. Since the formation of the PDP in 1998, nobody from that zone has been elected into that position and this is the right time and opportunity to correct that neglect.
“Vice President Prof Yemi Osibajo is from the Southwest, the APC national leader, Asiwaju Bola Tinubu is from the zone and the party controls five states out of six, so it will be suicidal for the PDP to neglect the region in its political calculations.
“Let me say this clearly, if the party takes the position to the South South, it means they are saying they don’t need the votes of that region and the implications will be dire for the PDP.”
Source: Daily Post