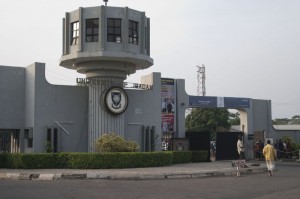 University of Ibadan have resumed academic and commercial activities after a six-week strike by Academic Staff Union of Universities (ASUU).
The students have started receiving lectures, while administrative offices were also open for operations.
Non-academic staff members were seen in their various offices while businesses in the university were full of activities.
Some students, who spoke with NAN, expressed happiness at the suspension of the strike.
They thanked ASUU and the Federal Government for fruitful dialogue which led to the suspension of the strike.
A first-year law student, Miss Oluwadamilola Salako, told NAN that she was happy when ASUU ended the strike.
Salako said that she was bored at home.
“I was expecting a prolonged strike and was happy when ASUU stopped the industrial action.
“I hope that the academic calendar has not been fully disrupted,’’ she said.
A fifth-year student of electrical/electronic engineering, Mr Alo Oluwabamise, also expressed delight at the development.
He, however, said that ASUU strike had become recurrent.
“The last ASUU strike took almost six months. “All I know is that, for a better education system, the present administration should work toward the total overhaul of the sector.
“Strike does not help in any way; it only brings setback. I do not blame ASUU for whatever agitation because the union’s demands are genuine,’’ he said.
When contacted, the university’s Director of Communication and Publications, Mr Olatunji Oladejo, said that the management would soon announce an adjusted academic calendar.
NAN reports that the university management had in a press release signed by the Registrar, Mr Olu Olujimi, informed the general public, especially students, that second-semester lectures began on Tuesday.
Lecturers in public universities, under the aegis of ASUU, embarked on what they described as a total, comprehensive and indefinite nationwide strike on Aug. 13.
The lecturers protested non-implementation of the 2009 agreement and the 2013 Memorandum of Understanding it entered into with the Federal Government.
The union suspended the strike conditionally on Sept. 18 after dialogues with a Federal Government delegation headed by the Minister of Labour, Dr Chris Ngige.
Source: ( PM News )