A baby boy delivered by 18-year-old Aisha Lawal who is knwon to hang around a Katsina brothel, has become the center of controversy in a case of alleged abduction and subsequent selling of the baby to one Grace Ohuhu for N200, 000. .

Apart from Aisha and Grace who have been arrested by the police over the incident, three others namely; Ogugua Okoh, a senior nurse with the Federal Medical Center (FMC) Katsina; her friend Joy Ihenamere, and one Hauwa’u Ibrahim, believed to be Aisha’s god mother who is camping her at the brothel, are also being detained by the police over the case. .

Sometime in January, Aisha was delivered of a baby boy at the FMC, where she was told she had a stillbirth and that the baby had been buried. She hurriedly packed her things and left the hospital without settling her outstanding bills. .

Trouble however started when a fracas ensued between Aisha and her god mother, Hauwa’u which led to the intervention of police officers. Hauwa’u had accused Aisha of doing the unthinkable by selling a child she had out of wedlock. The accusation led the policemen to probe further. .

According to the state Commissioner of Police Abdullahi Usman, Aisha was impregnated by someone she doesn’t know and after delivery, connived with her friend, Hauwa’u and a nurse, Ogugua Okoh, who linked them up to one Joy, to sell the baby for N200, 000 to Grace Ohuhu in Imo State

The baby, who had been named Victor, has been recovered from Grace who has been married for 18 years without a child. 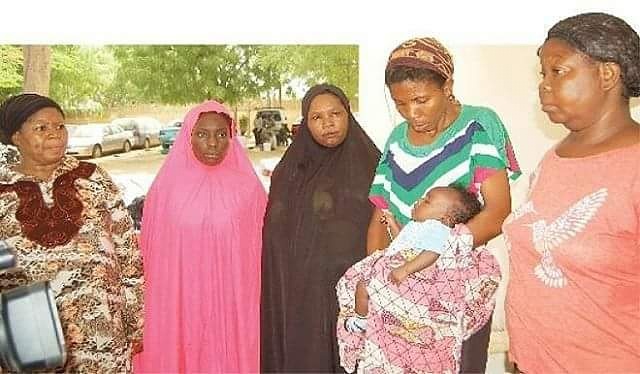