The leader of the Indigenous People of Biafra, Mr. Nnamdi Kanu, has been released from the Kuje Prison in Abuja after meeting the bail conditions granted him by a Federal High Court in Abuja on Tuesday
After almost 2 years in detention, he left the prison at about 5pm after meeting the bail conditions.He was driven out of the detention facility by former aviation minister Osita Chidoka.

Justice Nyako had on Tuesday granted bail to Kanu, who along with three others are being prosecuted on charges bordering on treasonable charges..

The judge however barred the IPOB leader from granting press interview or participating in any rally or be found in a crowd of more than 10 persons in the course of the bail. 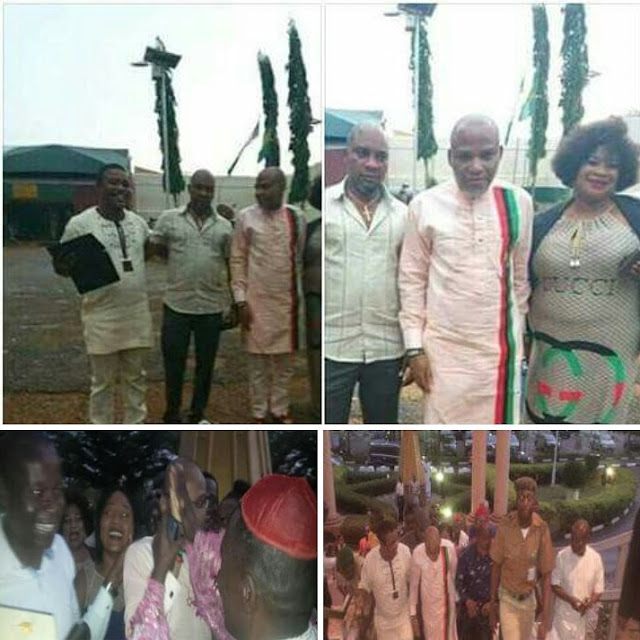