A man who had the nerve to stab his flatmate’s wife to death in Delta State, has received commensurate punishment.

For stabbing Mrs. Stella Avwenayerhe, the wife of his flatmate to death with a kitchen knife, an Ughelli, Delta State, High Court yesterday sentenced one Mr. Narebor Stephen Donbrapade to death by hanging, NAN reports.

The accused, a 49-year-old administrative staff of the Delta State Judiciary from Esama town in Bomadi Council, on or about January 31, 2013, at Otobor Street, Ughelli, murdered one Mrs. Avwenayerhe, an offence punishable under Section 319 of the Criminal Code Cap C.21, Volume 1, Laws of Delta State, 2006.

Donbrapade, popularly called “Honourable,” shares a room in a three bedroom flat with the husband of the deceased. However, on the fateful day, the accused and the victim were said to have had a minor quarrel after he stepped on the rug in the sitting room without removing his shoes.

Determined to teach his co-flatmate’s wife a lesson for having the audacity to challenge him, the accused was reported to have dashed into his room, only to appear with a knife and stabbed the deceased on the chest.

She was rushed to the Ughelli Central Hospital by neighbours who came to her rescue, and was confirmed dead on arrival by doctors. In his defence, the accused, who pleaded not guilty, alleged that some unidentified hoodlums in the area stabbed the victim to death.

Justice Ohwo faulted the accused, who he described as not a witness of truth, and believed the evidences of the four prosecution witnesses.

The trial Judge further ruled that prosecution proved beyond all reasonable doubt the essential ingredients of the offence of murder against the accused person and accordingly sentenced him to death by hanging. 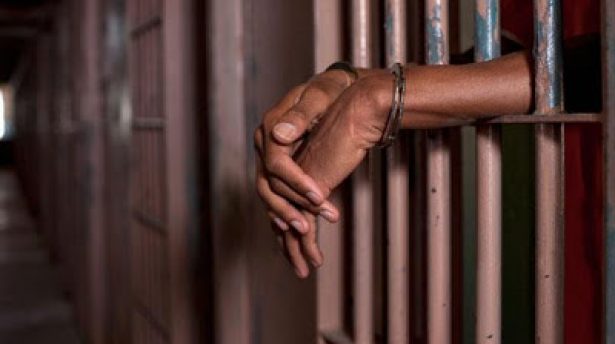