Looters should be barred from politics, says Maitama Sule

Sule told the News Agency of Nigeria in Kano on Sunday that the ban should be backed by law of the National Assembly.

“But this will be possible when there is a law to back it and we hope the law will be enacted soon to support the idea,” he said.

In their reactions to the ex-minister’s recommendation, however, the National Publicity Secretary of Afenifere, Yinka Odumakin, and the President, Campaign for Democracy, Bako Abdul-Usman, described the elder statesman’s call as an illusion, saying such action would be hard to carry out.

He noted that the fear of the Economic and Financial Crimes Commission by public officers was now the beginning of wisdom.

“The EFCC has done extremely well in the discharge of its responsibilities so far as there are a lot of recovered funds.

“But the biggest challenge for the EFCC is that it can investigate but it does not have the power to spend money and utilise it for other purposes,” he said.

Sule, who is also a former Nigeria’s Permanent Representative to the United Nations, also called for an enabling law for the government to utilise the recovered funds to improve the living standard of Nigerians, especially the common man.

He suggested the revitalisation of education, agriculture and power sectors in order to give the nation’s moribund industries a new lease of life using the recovered funds.

“We have to thank God Almighty for the peace that has since been restored to the country and we will continue to pray for its sustenance.

“No meaningful development can be achieved in any country without peace and even the ‘most die-hard cynics’ know that President Buhari has done well in terms of restoration of peace to the country,” he said.

Sule urged Nigerians to continue to support and show understanding to the government in its determination to restore sanity to the country.

Odumakin, however, stated that the country should first be restructured before such a suggestion could be considered.

He added, “To confirm somebody a looter, a court has to pronounce him so. We have fought corruption for 16 months now without a single conviction, so who are you barring? We have to put the country on a new structure that does not aid corruption so we can use the stick against those who are committed to crooked means.

“As it is now, corruption is the order of the day and it won’t go away by media propaganda. We have to deal with the architecture of corruption, which compels nearly all those in public office to play by its rule.”

Abdul-Usman, who described Sule’s call as an illusion, said it would be asking for too much to ask the current crop of the National Assembly members, whom he referred to as being more corrupt than the executive arm of government, to pass such a law.

He said, “Who will make the law for such people? Is it the legislators who are more corrupt than the executive arm in our country? I think this call should be viewed as a wish-list or an illusion.

“The constitution has to be amended. Consequently, if the legislature should uphold such view, it is like making a law to hang themselves. The enforcement is within the judiciary, who in recent times passes two different judgments on same case.

“The call is timely but it is a mirage in our democratic society for now with the calibre of ex-governors in the National Assembly.”

But a Senior Advocate of Nigeria, Chief Mike Ozekhome, who agreed that convicted looters should be barred from politics and from
holding public office, however, said before this could be done, the 1999 Constitution should be amended.

He said, “That will mean amending the 1999 Constitution, which provides that only a person who has been duly tried and convicted of criminal offence, relating to a breach of trust or other criminal offence in the last three years before the election, shall be barred from contesting such election.

“I agree that looters of our common patrimony should be barred from public office but that must be after a proper trial of the accused person because our criminal justice system is accusatorial and not inquisitorial. 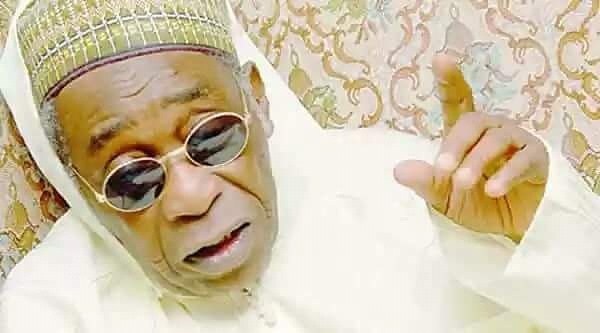