Former President Goodluck Jonathan has dismissed claims by respondents in a book written by the Chairman of the Editorial Board of ThisDay, Mr. Segun Adeniyi.

Jonathan, who stated this in his twitter handle Yesterday Saturday, faulted claims by respondents in the book, “Against the Run of Play.”

He said many of those that responded to issues surrounding the 2015 presidential election made distorted claims.

He said, “I have just read Segun Adeniyi’s new book, ‘Against the Run of Play’ which has so far enjoyed tremendous reviews in the media. My take on it is that the book as presented, contains many distorted claims on the 2015 presidential election by many of the respondents

“There will obviously be more books like that on this subject by concerned Nigerians. However, I believe that at the right time, the main characters in the election including myself will come out with a true account of what transpired either in major interviews or books.”

Mark was reported to have said that he envisaged Jonathan’s defeat and even warned him but all warnings fell on deaf ears.

On his part, Obasanjo said he warned Jonathan against running and also alleged that the ex-President used Boko Haram problem to rape the treasury.

He further said Jonathan was incompetent and was too small for the presidency from the outset.

Shettima said Jonathan only called me once for a meeting over Boko Haram. He lamented that Jonathan was not committed to the efforts to fight Boko Haram insurgency in the North-East.

On his part, Aliyu said if Jonathan had not reneged on his promise not to pursue a second term, Peoples Democratic Party would not have lost.

The ex-Rivers State Governor, Amaechi, attributed the cause of his grudge with Jonathan to illegal and excess deduction from the federation account by the former president.

He said, “I could not surrender my mandate to a woman (Patience) in Abuja, even if such a person was the wife of the President. That basically was my sin with Dame Patience Jonathan.”

Polls, a credit to Nigerians — UK

Meanwhile, the United Kingdom has denied an allegation by Jonathan that it supported President Muhammadu Buhari during the 2015 presidential election.

The UK High Commission, in a statement on Saturday by its Press and Public Affairs Officer, Joe Abuku, said the 2015 elections were a credit to Nigerians.

It said, “Prior to the 2015 elections in Nigeria, the UK engaged with Nigerian political parties and their leaders to urge them to run a fair, non- violent campaign and allow Nigerian voters to decide who their future political leadership would be.

“The UK congratulated President Jonathan on having handed over power peacefully in 2015 having lost the Nigerian presidential election.

“The elections were a credit to the Nigerian people and a truly historic moment for Nigerian democracy. This process further strengthened Nigeria’s democratic tradition.

“The United Kingdom welcomes the assessment of independent observers, including the EU, that Nigeria’s elections were largely peaceful and conducted in accordance with recognised international democratic norms, and that there was no evidence of systemic manipulation of the process.” 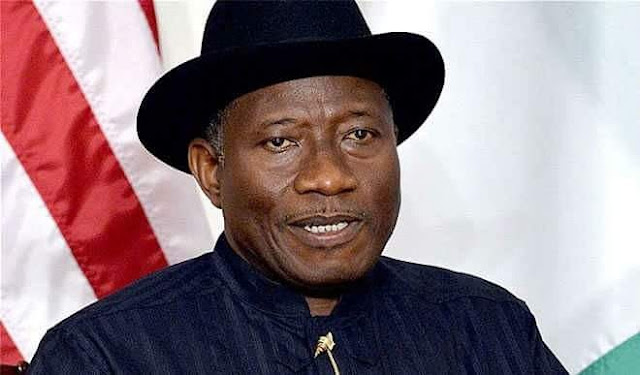