"I May Contest Against El-rufai In 2019" - Shehu Sani Thunders

The Senator representing Kaduna Central, on the platform of the All Progressives Congress, APC, Shehu Sani, has declared that he may run for the Kaduna State governorship election in 2019 against Governor Nasir El-Rufai.

The Senator noted that the 2019 general elections are not going to be like that of 2015, that saw many elected due to their allegiance to President Muhammadu Buhari.

He maintained that this time, people will stand solely on their own.

Sani who was speaking in an interview with the Sun, said, “Well, as for 2019, it is still far away. What is on the ground now is for us to deliver on the promises and pledges we have made as elected officials. “So I have heard such a call, and I will answer that call at the right time. I may decide to seek to return to the Senate, I may decide to vie for the governorship of Kaduna State, and I may decide not to vie for any of the positions again, it all depends on the feeling from my people of what they think I should be able to overcome. “The 2019 election is not going to be like 2015 election; under 2015 election, many people won the election by virtue of their allegiance to Buhari, but by 2019, everyone will answer his own father’s name. “We are advocating for people to go and vote for their conscience, and not to vote for anybody because of Buhari. “Even if Buhari is going to contest the election, vote for Buhari alone, and each and every one of us who wants to contest, we have to put him on the scale whether that person is capable, whether that person has performed, whether that person will truly serve after voting him into power. “So 2019 is going to be a year in which everyone is going to stand in the dock to be tried by the voters. So 2019 is not an election time, it is a trial time, and truly it is a judgment time for our conduct while in office." 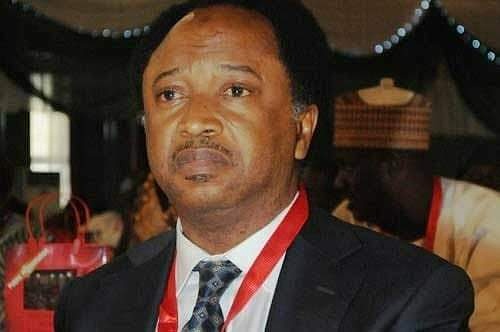