TB Joshua and two contractors facing trial for criminal negligence over a church building collapse that killed 116 worshippers failed to appear in court on Monday, prompting the judge to adjourn the case.

The case at the Lagos high court followed a coroner’s ruling in July that blamed Joshua’s Synagogue Church of All Nations (SCOAN) and two engineers for the September 12, 2014 tragedy.

Most of the victims were South African.

Coroner Oyetade Komolafe in his verdict attributed the collapse to structural failures and said the church should be prosecuted as the six-storey guesthouse did not have planning permission.

Joshua, who maintains the collapse was caused by a mysterious “hovering” aircraft seen over the building beforehand or a controlled explosion, repeatedly failed to appear at the inquest.
SEE ALSO:  TB Joshua to honour victims of its collapsed building

At court on Monday, Joshua was again absent, as were the two engineers who have called the coroner’s verdict “unreasonable, one-sided and biased”.
Advertisement

One member of the church’s trustees was present.

The hearing was told the engineers, who have unsuccessfully tried to obtain an injunction to prevent their arrest and prosecution, had not been served with a summons.

Judge Lawal Akapo said he was unhappy at the defendants’ absence and said he would not tolerate any unnecessary delays of the trial.
SEE ALSO:  Joshua, others to be arraigned on Monday over SCOAN building collapse

He directed the defence team to provide the court with the engineers’ addresses within 72 hours and adjourned the case until December 11. Joshua, who counts powerful politicians from across Africa among his flock, is known to followers as “The Prophet” and “The Man of God”.

He is a self-styled faith healer and mystic who also runs a popular evangelical television channel. 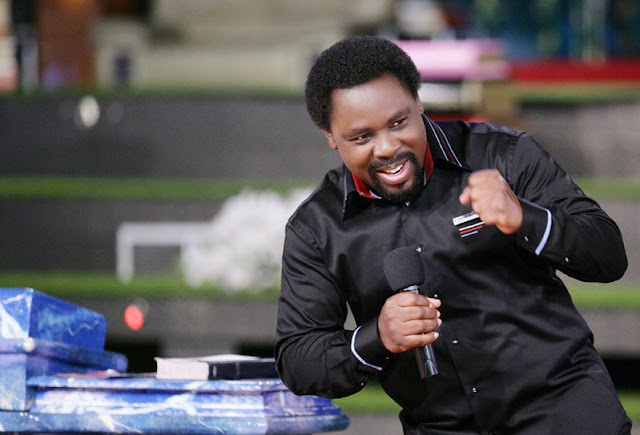